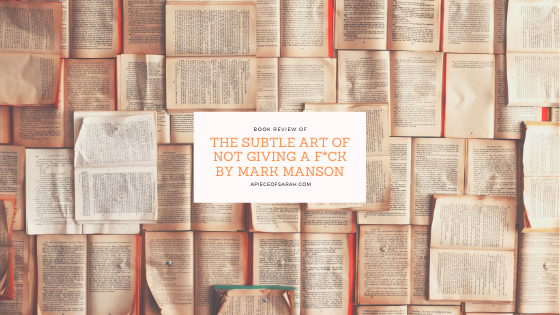 The Subtle Art of not giving a F*ck by Mark Mason is an intriguing book full of swear words where Manson argues that life’s struggles give it meaning, and that the mindless positivity of typical self-help books is neither practical nor helpful. Manson is bold, blunt and extremely honest while essentially challenging all readers to understand that life’s struggles are what makes it meaningful and that people need to care about the right things.

What I liked about this book:

I liked how blunt he was. There wasn’t any fluff or sugar coating, Out of all the topics he spoke about my favourites were, the dangers of hyper-consumerism, immortality, why people get angry over insignificant things and values.

The dangers of hyper-consumerism

In life, we are constantly told to have more, be more, do more, spend more because we need more.  A bigger house, a better partner, a more extravagant car, a superior phone, finer clothes, more money, visit more exotic countries – a caravan trip to Cornwall  won’t do anymore because what is a staycation when you can have a vacation?

The law of diminishing returns

Humans are constantly told to have more so much that we do not enjoy what we actually have now, because we’re so focused on what we lack. This leads to people never being fulfilled or happy.  All the things we want cost time and money and can lead to a breakdown of happiness which is why sometimes, more is not better, sometimes more is worse – the law of diminishing returns.  You can have a £50k  job and work from 9am – 5pm or have a £200k job but work 7am – 12pm daily, sometimes on weekends during busy times. The 200k job gives you more money, the financial security you’ve always dreamed off but is now costing you your time, health and ultimately your happiness, so although  you have more, you’re worse off.

Mark travelled to over 50 countries and had many ‘relationships’. When he travelled, at first it was great taking in new cities, cultures and meeting new women. However, after the 50th country,  it all felt the same, he would go from one country to the next, forging new ‘relationships’ and forgetting the woman’s name by the time he got on the next flight while his friends were settling down, forging deeper connections and life long bonds with their partners,  having children, getting promoted at work  but he was unsettled in his own life. More evidence that having more is not always good.

Be aware to what you give your attention to and understand that not everything is personal.

If you give too much attention to every insignificant thing, you won’t have enough time to focus on the  things that really matter. When people are angry at you over trivial things  try not to take it personally because that insignificant thing may be the only thing they care about. In the book Manson spoke about an old lady who spends her time cutting up coupons, one day she goes to the store to redeem the coupons and the store clerk says “Sorry M’am the coupon is invalid” She gets really upset and starts arguing, why? because her coupons are the only thing she cares about and what she has going for her. Her grand kids don’t visit, she’s retired and lonely so coupons bring her joy. By not allowing her to use them, she feels like the store clerk is infringing on her existence so this affects her more than it would an average person. The store clerk may think the woman hates her specifically, but in reality she would have argued with anyone who made the same comment to her.

There’s a difference between not caring about anything and knowing what to care about.

“Not giving a fuck does not mean being indifferent; it means being comfortable with being different. There’s nothing admirable or confident about indifference , people who are indifferent are lame and scared. They’re couch potatoes and internet trolls…Indifference people often attempt to be indifferent because in reality they give too many fucks.”

Mark Mason – page 14 of The Subtle art of not giving a Fuck.

Success ≠ happiness. Happiness depends on what your values are:

Many people think that happiness equals success and if you have a large amount of money, cars, houses, wealth you must be happy because you’re successful. If  that was the case why would so many rich and famous people be depressed and suicidal?

An individual’s happiness is linked to what they value. You could be in an average paid job doing average work but because you leave at 5 daily and your family are happy and healthy that brings you happiness  because your values consist of your  family’s well being and having enough time to spend with them. You could be a CEO earning 7 figures a year in your dream house and be happy because you value wealth and status. Both depend on what the person values.  This was the most important message for me in the book, your happiness depends on your values.

A tale of two band rejects.

David Mustaine  was kicked out of a rockband due to substance abuse and not getting along with the other band mates. When he arrived back in his home town he decided to start a new band called Megadeth. Megadeth was commercially successful selling over 38 million records worldwide, multiple sold-out tours, receiving 19 awards and 38 nominations and several  platinum selling albums. However, even with all the success Dave amassed and all the millions he made, Dave always felt like a failure because his value was tied into his success compared to the band he was kicked out of and unfortunately, that band was…Metallica. Values based on comparison can be bad values depending on the outcome.

Pete Best is  Liverpudlian man who was kicked out of the Beatles, however unlike Mustaine,  he was happy with how his life turned out, he has a wife and 3 kids. Pete realigned his values from fame and money to having a family and being there for his children and is much happier because of it. He found purpose in being there for his kids and wife, things which he could control and played music in his spare time.

Both were kicked out of legendary bands but one is happier than the other because his value lies in his family, while the other’s joy has been stolen by a thief called comparison.

This was another big lesson for me, if someone is very successful in the grand scheme of things but their values do not align with yours, there’s no point wanting to emulate them because their success is not the success you need or the success that speaks to your soul.
If it doesn’t align, it’s not worth your time.

Mark discussed how everyone will die one day and most of the time wars happen because one group thinks their values are more important than the others, everyone is fighting to ‘make a mark’ (aka be immortal) because they constantly feel like time is running out. You see it with religion, dictatorships, artists, tech giants and many other corporations, they do things because they want to leave something behind or have their legacy carried on.

I hate thinking about death but this topic  made me realise that when people want to ‘leave their mark’ on the world, they are fighting for immortality.

Mark lost a close friend of his when he was 19 and the below self-explanatory quote is what sparked a huge turning point in his life:

Mark’s late friend Josh, to him in a dream.

Mark Manson said that not everyone is exceptional and will do great things, which is true but it was demotivating. I felt like it would enable those who have excuses for their inaction to continue to be inactive and cause those who already lack confidence to feel even less confident and fall into a downward spiral because they don’t believe they will ever be great.

I believe that you can do anything you put your mind to and work hard at, but if you don’t make it, it’s also okay because you have tried and it is always better to try than never try at all.

I recommend The Subtle Art of not giving a F*ck by Mark Mason, specifically for the hyper-consumerism and values sections because it shows it’s readers that you don’t always need the next best thing  and  success doesn’t always equal happiness.

*The above is an affiliate link, if you buy through it you’ll be supporting the blog as I will receive a small commission from amazon. It does not affect you or the price in anyway . Please support the blog by clicking on it. I am an independent blogger and all opinions are always my own, I would never recommend a product that I wouldn’t buy myself. 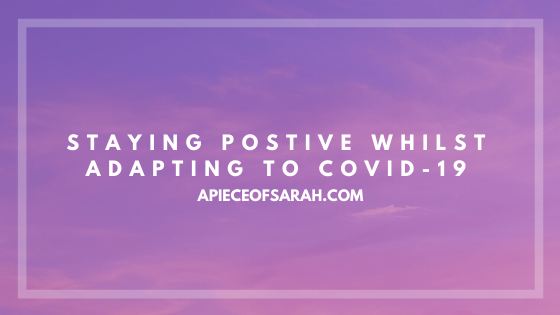 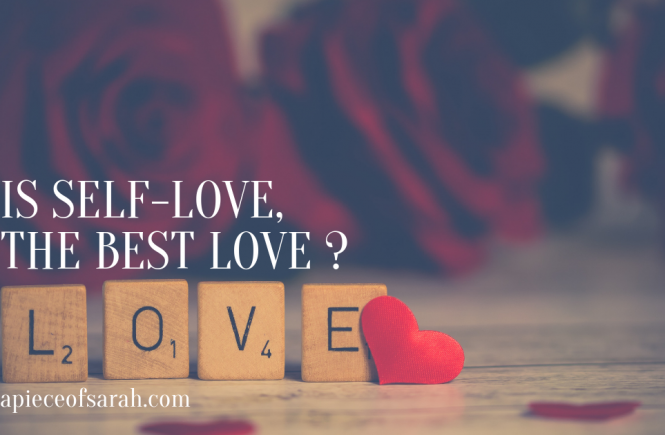 Is Self-love the best love? 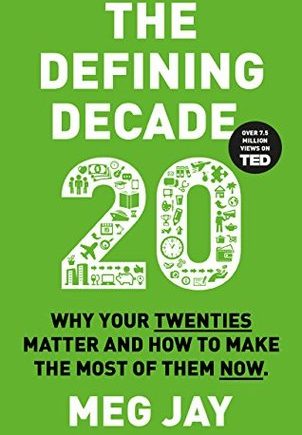 The Defining Decade: Why Your Twenties Matter & How to Make the Most of Them Now #SarahsBookSoiree 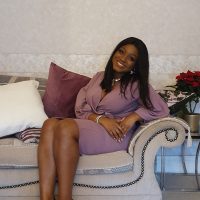